Sofiprotéol supports SUEZ in the acquisition of Méta Bio Energies 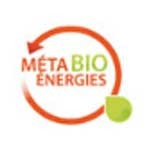 SUEZ acquired a 52% stake in the Méta Bio Energies waste recycling centre, which belongs to the Chazé Environnement group. The centre is specialised in biowaste-to-energy recovery by methanation and the production of organic soil conditioners. Strategically located in Combrée, France, near to the major waste-producing urban
centres of Rennes, Nantes, Angers, Le Mans, Cholet and Laval, the site’s activities include deconditioning, methanation and composting.

Under the agreement signed between SUEZ and Chazé Environnement, SUEZ has become the majority stakeholder in the Méta Bio Energies waste recycling centre. The other partners, each with a 12.5% share of the capital, are the Caisse des Dépôts et Consignations (23%), the Avril group, through its subsidiary Sofiprotéol, specialised in the funding of agrifoods businesses, and Evergaz, which specialises in the development, funding and operation of methanation units.

Philippe Maillard, SUEZ’s CEO of Recycling & Recovery in France, declared: “We are very happy with the acquisition of this interest in the centre, which furthers SUEZ’s strategy to quickly acquire four to five methanation sites, as part of our drive to increase our capacity to produce energy with biogas from waste by 30% in the next five years. Méta Bio Energies has become the fourth methanation unit operated by SUEZ in France1, after the Amétyst, Faulquemont and METHALANDES2 sites. And with its dedicated “MÉTHAlab3” laboratory near Paris, SUEZ is pursuing its green energy research and development policy.”

Jean-Paul Chazé, Président of Chazé Environment Group declared: “The arrival of SUEZ as majority shareholder allows me to pass on Meta Bioenergy which will make it benefit from its expertise in biological and energy recovery from waste”.

Méta Bio Energies produces new and sustainable resources by transforming organic waste, mainly from the agrifoods industry, major producers (hypermarkets and supermarkets, catering establishments), agriculture and municipal green waste, into energy and fertilizer products. The site, which opened in 2012, includes a deconditioning unit that feeds a 1MW methanation unit producing green electricity. The site is completed by a composting unit producing organic soil conditioners for farmers, market gardeners and commercial gardeners in the region around Angers.

The plant recycles waste to produce up to 8,000MWh of electricity, equivalent to the consumption of more than 2,000 households. The electricity is distributed on the mains network, while the heat is sold to the Solairgies plant, which specialises in the drying of industrial and urban sludge.

The green electricity and heat generated by the methanation unit cut carbon dioxide emissions by about 1,400 tonnes per year.

Through its recycling and recovery activities, SUEZ is working with local authorities and businesses on the optimal and responsible management of all organic waste, while promoting the protection of the environment.

We are at the dawn of the resource revolution. In a world facing high demographic growth, runaway urbanization and the shortage of natural resources, securing, optimizing and renewing resources is essential to our future. SUEZ (Paris: SEV, Brussels: SEVB) supplies drinking water to 92 million people, delivers wastewater treatment services to 65 million, collects waste produced by almost 50 million, of waste each year and produces 5,138 GWh of local and renewable energy. With 80,990 employees, SUEZ, which is present on all five continents, is a key player in circular economy for in the sustainable management of resources. SUEZ generated total revenues of €14.3 billion in 2014.

3 MÉTHAlab is a centre of expertise supporting SUEZ’s R&D projects. It helps to design innovative processes and to characterise the
methanogenic potential of different organic resources that could form the substrates in methanation projects. MÉTHAlab has been in
operation since 2012.

VitamFero completes its round C of financing to the tune of 4.3 million euro